The main causes of infertility in women

The main causes of infertility in women

Doctors speak of infertility when a couple fails to have a baby after 12 to 18 months, despite regular intercourse and without contraception. When this period is over, the doctor will look for possible causes. Here are the 6 most common reasons of infertility:

We tend to forget it, but the main factor that limits fertility is a woman’s age. According to experts, women who want to have a baby should consider motherhood before turning 35 if they do not want to experience the throes of infertility. The number of eggs we have at birth (our ovarian reserves) is falling at a much faster rate than we think: female fertility is at its peak at the age of 20, at 30 a woman does not have more than 12% of her eggs… and only 3% at the age of 40.

The most frequent causes of female infertility are the absence of ovulation (anovulation) or ovulation disorders (dysovulation). These ovarian disorders result in the absence of production of fertilizable oocytes. The doctor’s diagnosis in front of absent or irregular period, is usually:

– Polycystic ovary syndrome, which affects between 5 and 10% of women of childbearing age and is characterized by the development of multiple cysts on the ovaries, causing irregular cycles.

– Ovarian insufficiency, which affects 1% of women is characterized by a total absence of ovulation, most often permanently.

Prolactin is a hormone secreted by the pituitary gland (located at the base of the brain) and which is supposed to rise during pregnancy to help develop the mammary gland. But when there is excess prolactin outside of pregnancy (hyperprolactinemia), this causes a decrease in fertility. Cycles become less frequent every two months or stop altogether.

The use of certain medications (neuroleptics, morphine, estrogens) is often responsible for this hormonal disorder. But it can also be due to certain diseases such as chronic renal failure, hypothyroidism, or a pituitary adenoma (tumor of the pituitary gland).

Endometriosis affects at least 1 in 7 women of childbearing age. This disabling disease is characterized by the abnormal presence of endometrium (the lining of the uterus) in the ovaries, fallopian tubes and outside the uterine cavity. Apart from the pain it causes during period, endometriosis brings infertility in 30 to 40% of women who suffer from it.

– As the uterine cavity is the place where the embryo is implanted, when the uterus has a malformation (uterine septum, synechia or scarring), this can hinder this implantation.

– An abnormality of the uterine cervix (due to infection or previous treatment of cervical lesions) can also prevent the secretion of cervical mucus which has the power to “boost” the sperm by providing the necessary energy to reach the egg.

– A fibroid of the uterus (depending on its location) can also block the implantation of the embryo.

Some STIs that are not treated early enough, particularly chlamydia, can leave traces on the fallopian tubes or cause endometritis (infection of the uterine wall) and prevent the proper implantation of an embryo.

According to Traditional Chinese Medicine (TCM), acupuncture is playing a very important role as a healing treatment for humans.... read more 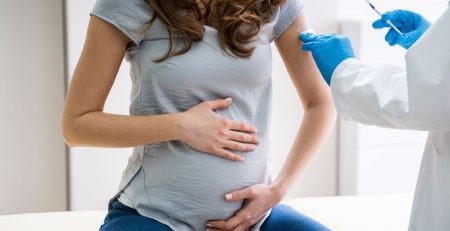 I am trying to get pregnant…shall I get vaccinated against COVID-19?

Vaccination against COVID-19 is not a reason to postpone a pregnancy. According to the latest guidelines from the Centers... read more

After miscarriage, how long should couples wait to try again?

A miscarriage is undoubtedly a very unpleasant experience with a strong psychological impact on the couple. The immediate question... read more 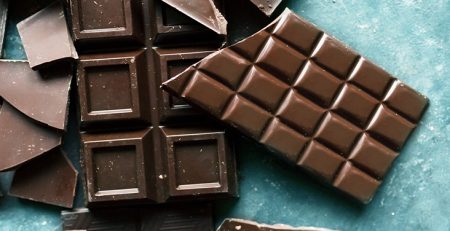 Everyone loves chocolate! But obviously, eating too much makes you gain weight. Especially white or milk chocolate is much... read more