How motherhood improves a woman’s health?

Motherhood, anyway, is a new wonderful experience for every woman. But beyond happiness and fulfillment, it also brings some really beneficial changes to the body, the brain, and even our sex life. Evenly this is confirmed by science.

In the long run, having children can provide significant health benefits. According to the National Cancer Institute Trusted Source (NCI), women who have children are less likely to develop breast cancer. Being pregnant reduces exposure to certain hormones that have been linked to breast cancer. (This has to do with the fact that menstruation stops while a woman is pregnant.) The NCI also reports that breastfeeding can reduce breast cancer risk because the “maturing” that breast cells go through in order to produce milk may prevent the cells from becoming cancerous.

It has also been observed in some cases that this hormonal rearrangement that occurs in pregnancy, but also the whole process of childbirth can help the endometrium, with the result that some women see the symptoms of endometriosis, a condition that brings particularly painful periods, to significantly improved.

Motherhood has a positive effect on bone health

Despite the older and widespread view that the fetus deprives the mother of calcium from her bones in order to grow, the truth is that pregnancy does not seem to adversely affect a woman’s skeleton. In fact, there are studies that show that pregnancy has a positive effect on bone density in the body, as well as that it protects against the risk of hip fracture (one of the most typical osteoporotic fractures) by up to 44%. It is believed that the hormones secreted during pregnancy, but also for about a year after childbirth, protect a woman’s bones from calcium loss.

Having a baby refreshes a woman’s brain, improves her mental health and agility, and can protect against long-term degenerative diseases such as Alzheimer’s disease, according to research conducted at the University of Neuroscience at R Virginia. According to the researchers, a woman’s mental strength may decrease during pregnancy, but after childbirth they are replenished, thus providing the mother with the great demands of raising a child, researchers claim. At the same time, memory and learning abilities are improved by the fact that the brain is exposed to pregnancy hormones, such as progesterone.

Testosterone and estrogen increase a lot during pregnancy, as a result of which our desire for sex increases. In fact, during the first and second trimester, the extra blood flow in the body helps a lot in orgasm.

Women who have children seem to live longer than those without children. Research from the University of Manchester informs us that, women who had a child after 40, had a longer life expectancy compared to the rest. It is estimated that pregnancy at an advanced age is evidence of the biological “youth” of a woman’s reproductive system. A similar conclusion was reached by epidemiologists from the University of Utah, who observed that women who gave birth to the family’s last child after the age of 45 lived longer than those who gave birth at a younger age.

Egg freezing, also known as mature oocyte cryopreservation, is a method used to save women's ability to get pregnant... read more

Will kids or pregnant women be able to get a COVID-19 vaccine?

Children and pregnant women need to be vaccinated against COVID-19 to eliminate the spread of the virus but have... read more 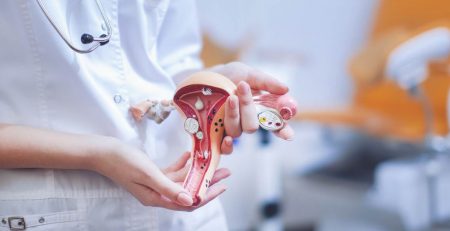 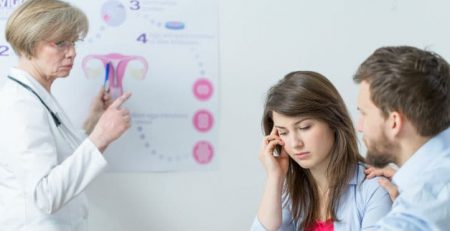 Early menopause: Can I be a mother?